Blockers is new comedy about three parents that will do anything possible to stop their kids from having sex on prom night. If you haven’t already seen the trailer, you should because it is HILARIOUS!

The film stars John Cena, Leslie Mann, Kathryn Newton and Ike Barinholtz and will be out in theaters April 6.

In the meantime, here is everything we know about the film that already has a lot of buzz around it. 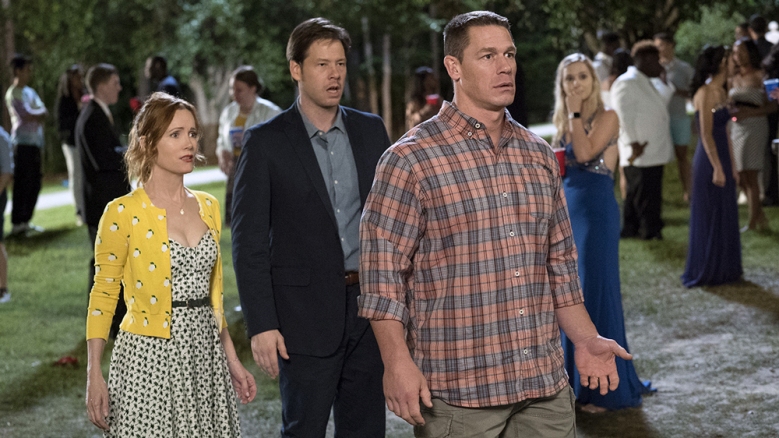 1. The movie is short for “Cock Blockers”

Even though the movie is referred to as Blockers, it is actually short for “Cock Blockers.” However, because that is a more inappropriate title, they call it Blockers, but you can see the image of a rooster above the title.

2. This the second time John Cena has been in a project with Hannibel Buress and Ike Barinholtz, respectively.

John Cena worked with Hannibel Buress  in Daddy’s Home 2. And he worked with  Ike Barinholtz on Sisters.

3. In Spain, the film is know as #SexPact according to IMDB.

4. John Cena will have a naked scene in the movie.

Even though he will not fully nude, he does have a butt-chugging scene that is seen briefly in the trailer.  However, John Cena also mentioned that towards the end of the movie there will be a moment when he is in fact in his birthday suit. He said, “There’s kind of a little scene at the end–stay for the end after the end–that involves me in my birthday suit. And it took a while to film. So, I was just in my birthday suit for a long time.”

Kay Cannon, who also directed all three Pitch Perfect films and GirlBoss also directed this one. So, we know it’s going to be funny!

Will you be watching Blockers, let us know!