As with most episodes of Westworld, “Phase Space” asks more questions than it answered. Here are the top five:

What is Dolores doing with Bernard?

Dolores just told Bernard to “Freeze all motor functions.” This show is bonkers. This episode opens with the same aspect ratio as the first episode of this season, “Journey Into Night.” This opening scene appears to be a continuation of that scene in which it appeared that Bernard was interrogating Dolores, but now it’s the other way around. Not only is Dolores running the conversation, but she’s checking Bernard for fidelity. When is this happening? At what point does Dolores have the agency and wherewithal to test a host consciousness?

This scene also reveals exceptional writing. The way the show introduced the concept of checking for fidelity was flawless, and to call it back now as an ongoing concept makes things all the more interesting.

What are we going to do about Teddy? 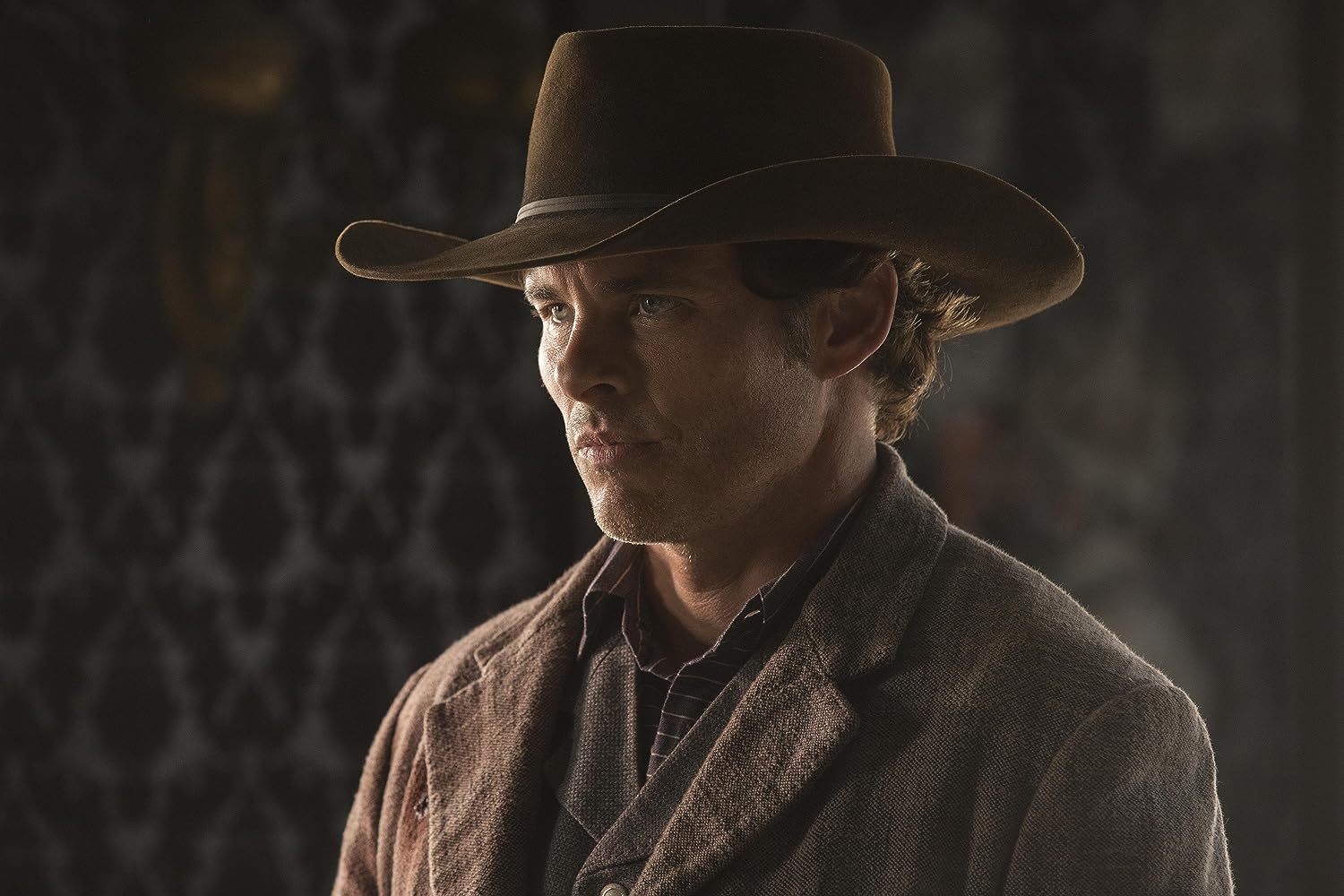 Teddy 2.0. He’s new but no one is sure if he’s improved, least of all Dolores, who is somehow surprised at how cruel and aggressive he is after turning up his aggression and cruelty up to eleven.

At one point, Dolores interrogates a security officer while Teddy stands off to the side. He focuses on a fly buzzing around his face. Even the sound design of the scene elevates the buzzing noise with the interrogation a distant echo in the background.

The last time a fly was important in an episode of Westworld it was in the very first episode. At the beginning of the episode, Dolores did nothing when a fly landed on her face, or even her eye. Later on, Stubbs asked if she would ever hurt a living thing. “Of course not” she answers. But after Ford’s reverie code, and the whole “these violent delights have violent ends” thing, she didn’t hesitate to kill that same fly. Nowadays, Teddy ignores the fly in favor of shooting the security guard in the face. We have a very different Teddy on our hands, even if it’s still true that he wouldn’t hurt a fly.

Have we seen the last of Shogun world?

I certainly hope not. Everything about Shogun world is beautifully executed. There’s a poetry about it – even literally – as Akane recites a death poem over Sakura. Although bloody, there’s a nice pace about the world and its storylines that feel like a respite from everything else that’s going on in Westworld and Delos. Shogun world also boasts an excellent cast including Hiroyuki Sanada and Rinko Kikuchi. Is Shogun world actually a great place, or is it just an exceptionally written, acted, and executed microcosm of the show?

Either way, the argument could be made that Shogun world has served its purpose as an exceptional character building and story arc for Maeve. Again in this episode, we see her wisdom and compassion shine through the decisions she makes with the characters of Shogun world. She tells Musashi, “We each deserve to choose our fate. Even if that fate is death.” These words are later repeated by Akane when she decides not to accompany Maeve on the journey back to Westworld. Maeve also honed her awesome telepathic powers in Shogun world, so look out, Westworld. Mommy’s coming home.

Why is Ghost Nation attacking and will Maeve & Co. survive? 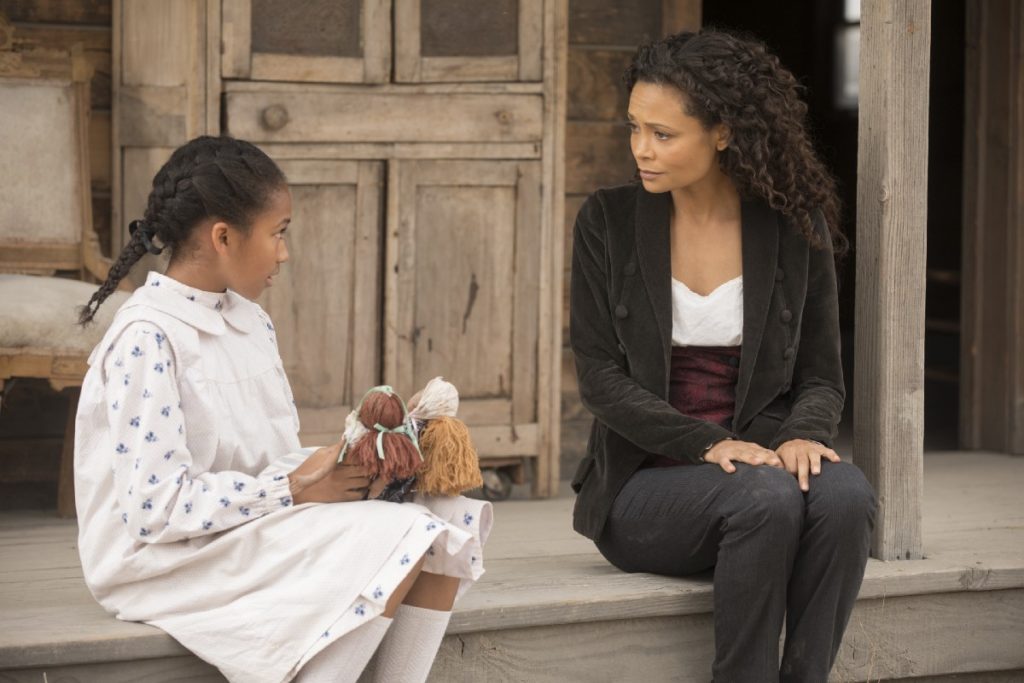 …Except she’s not really a mommy anymore. Unfortunately, Maeve makes it back to her daughter only to discover that she’s been given a new narrative with a new mother. With all of Maeve’s special powers, compassion, and humanity, she is also rather naive not to see that coming. This flaw only serves to make the scene of realization all the more devastating. Unfortunately we don’t have time to soak in the sadness as the Ghost Nation comes for a visit. We leave all of our favorite members of Maeve and Co. running from Ghost Nation, who seem to have different motives for the attack.

What’s happening in the C4dle?

That’s not a typo. That’s how it’s spelled. The C4DL or “Cradle” as I’m definitely going to call it for the rest of this article, is a giant server room in the Mesa that contains all of the Host backups. It can also simulate park situations. This allows Bernard to enter the Cradle simulation of Westworld, where he finds the consciousness of Ford inside. Interestingly, everything that goes on inside the Cradle is in the same aspect ratio as the opening scene between Bernard and Dolores, causing widespread speculation about where and when that scene occurs.
The introduction of the Cradle is an enormous reveal for Westworld. Not only do we have sentient AI running around, and attempts at uploading consciousness to AI, we now have the added element of a Matrix-like VR simulation. “Phase Space” is a physics term relating to the number of possible outcomes in any given scenario. According to good ol’ Wikipedia, “a phase space is a space in which all possible states of a system are represented.” With the introduction of the Cradle, it seems the possibilities might be infinite.

What other questions do you have? What possibilities are in store? Share your theories in the comments!