The following article contains no spoilers for “Sicario: Day of the Soldado” but a few spoilers for the original film.

Making a sequel to 2015’s SICARIO was an interesting choice. With a 98% Rotten Tomatoes score, the original boasts a solid drama from visionary director Denis Villeneuve, with incredible performances by Emily Blunt, Benicio Del Toro, and Josh Brolin. It seemed like a complete story about the lengths law enforcement must go to take down the drug cartel. And yet we have a sequel with Brolin and Del Toro reprising their roles in a “no rules this time” sequel that attempts to up the ante on the original. While there’s more action, more blood, and more great performances, Day of the Soldado lacks a few critical elements of the original.

Here are five things we missed while watching Sicario 2

No matter what film I’m watching, I often find myself wondering if this film wouldn’t just be a little bit better if Emily Blunt made an appearance. And that’s not even with sequels to films in which she was the original lead. I’m talking about any movie. With Sicario 2, I was invited to a party under the pretense that Emily Blunt would be there, I show up, and now she’s not there. I don’t even like parties!

Of course we all like Emily Blunt, but the film isn’t just lacking a significant lead. Emily Blunt’s character played a crucial role in the original. The entire movie was about her moral and legal dilemma as she’s thrust into the brutal war against the drug cartel where CIA agent Matt Graves (Brolin) and mercenary Alejandro (Del Toro) never play by the book. She and her partner continuously wrestle with the pros and cons of being effective vs. stooping to the violent and horrific levels of the cartel. Day of the Soldado doesn’t have any such character.

When the American Government learns that some of the illegal immigrants crossing the border from Mexico are actually ISIS terrorists, they give Graves and Alejandro free reign to take down the cartels by whatever means necessary. Graves warns the Secretary of State he’s going to have to “get dirty” to accomplish their mission of starting a war between cartels, and he delivers on the promise. Without Blunt’s character, most of the film becomes a shoot ‘em up without the cerebral and moral ambiguity of the original. Only in the third act do the characters question their choices, and that’s when Sicario 2 becomes interesting.

It’s not Stefano Sollima’s fault that he isn’t Denis Villeneuve. It’s tough to compete with a filmmaker who has made several, “top ten directors of the decade” lists in the last few years. On top of that, Villeneuve teamed up Roger Deakins for the original, perhaps the most celebrated cinematographer working today. Deakins was nominated for an Oscar for the original Sicario for his eerie and stunning depiction of the cartel world. Villeneuve and Deakins are masters of their craft, and they captured a specific style and tone in the original that the sequel lacks.

Speaking of style, tone, and Oscar nominations, let’s talk about Sicario’s score. Jóhannsson’s haunting, disturbing, and the intense score was one of a kind, adding an additional dimension to Sicario’s bleak world of the Cartel. Unfortunately, Jóhannsson did not return for Soldado, and the score mostly took a back seat to the action of the film. Only in the final moments did new composer Hildur Guðnadóttir reprise the iconic theme of the original.

Sicario 2 is a solid film. It’s well shot, well directed, and has a decent score. Brolin and Del Toro’s performances are every bit as good, if not better, than the original film. But when the original had such a powerhouse team of talent nominated for three Oscars, it’s surprising that they went ahead and made a sequel without them. This story would have benefitted from removing itself from any affiliations from the original. It’s fine on its own, but can’t live up to the comparisons. 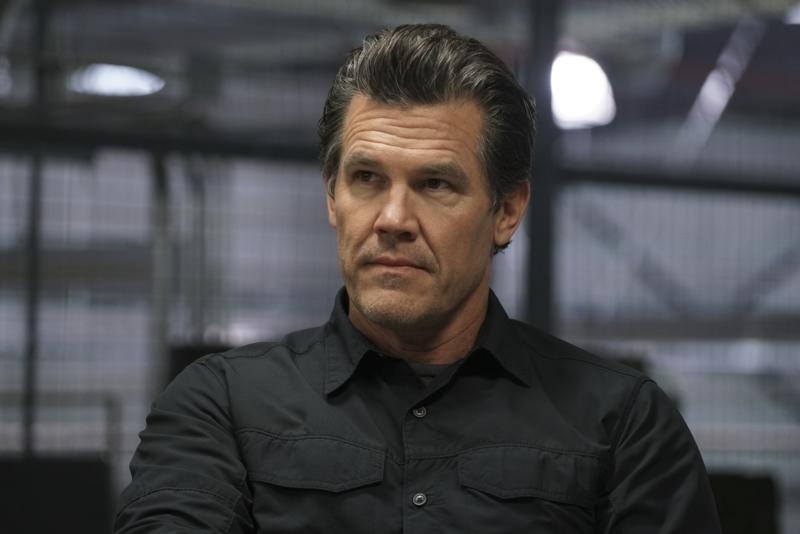 Two minutes into the film, I’m sitting in the theater watching an ISIS suicide bomber cross the US-Mexico border. What I missed most while watching Sicario was the few moments before I realized that I was going to have to review a movie about border control and terrorism in our current political climate. The filmmakers couldn’t have known the subject matter would have been so timely, and this discussion of cartels and those illegally crossing the border being labeled as terrorists feels very close to home. Perhaps the thematic material is too close to home for some, while for others it will spark conversation. Let’s just hope it doesn’t give anyone any ideas.

This relevant subject matter may be the best thing the film has going for it. Although it doesn’t live up to its predecessor, Sicario: Day of the Soldado is a solid film thanks to great performances by Brolin and Del Toro. With intense action, suspense, and a few twists along the way, it still stands out among other films.