The Domestics is a new post-apocalyptic horror film about a society that will become forever changed when murderous gangs divide into deadly factions  (Gamblers, Sheets, Plowboys, Cherries, Nailers, and the Domestics.) The story follows a married couple Mark and Nina played by Kate Bosworth and Tyler Hoechlin who are trying to survive a new gruesome and violent world.

Instinct Culture got an EXCLUSIVE interview with the director and writer of The Domestics, Mike P. Nelson. 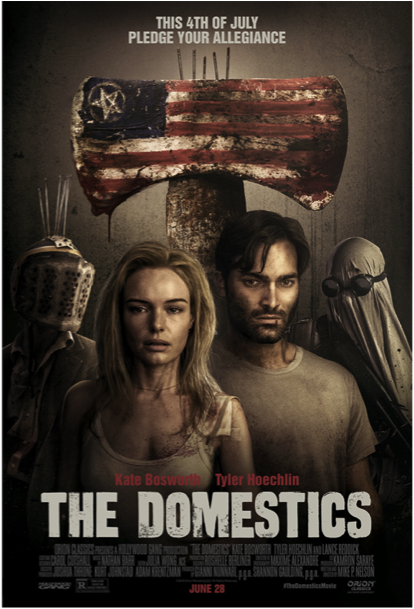 The Inspiration Behind The Film

Mike says his inspiration for The Domestics came at time when he was working with a lot of screenplays. He notes that he really wanted to write about how marriages and relationships are challenging but in a way that’s different, hence setting it in a post-apocalyptic world.

The Domestics is Mike’s first studio movie with MGM, granted there is a larger collaboration between the creator and the studio. However, he notes some of the more challenging scenes included the breaking in scene at the top of the movie with the Nailers. This was an original scene he had shot with an entirely different set of actors and crew for his short film. So re-shooting this scene was one of the major challenges. However, in order to get the scene the way he wanted it to be he had to “hunker down and find the right tone,” and once he did that he took it from there. Mike also says the end sequence was “crazy,” because they had a lesser amount of time.

The Message Of The Domestics

As mentioned earlier, Mike wanted to tell a story about the difficulties that surround marriage and relationships. Therefore, the underlying theme he wanted to get across with this film was “Does marriage actually survive once society is gone?” The answer is yes. In this film, the message is that even when love is completely broken at one point in time in can overcome obstacles, and love will always win. 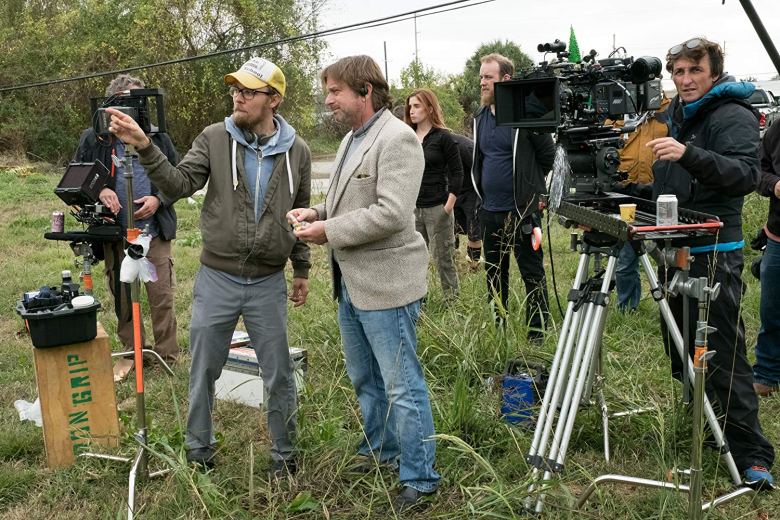 One of the things you’ll notice about The Domestics is that it resembles Mad Max. Mike notes that he based certain aspects of the film to resemble the 1979 version of Mad Max. And I noticed that right away, specifically with the costumes.

The costume process took hours and hours to get just right. He credits Carol Cutshall the costume designer at helping bring his vision and desires to life. Some of which included making the murderous gangs “very strong characters through texture.” One of the things Mike did not want was for the gangs to come off as “creepy people with masks.” But rather very rich characters that can tell the story in a visual way. 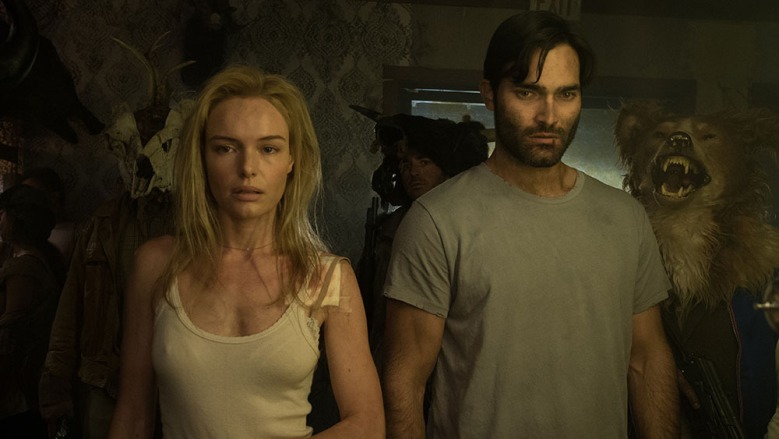 Mark says working with Kate and Tyler was incredible, calling Kate a champion who was truly able to capture her character and evolve from the start to the end of the film. And he applauds Tyler’s sheer strength and his ability to showcase vulnerability in his role. 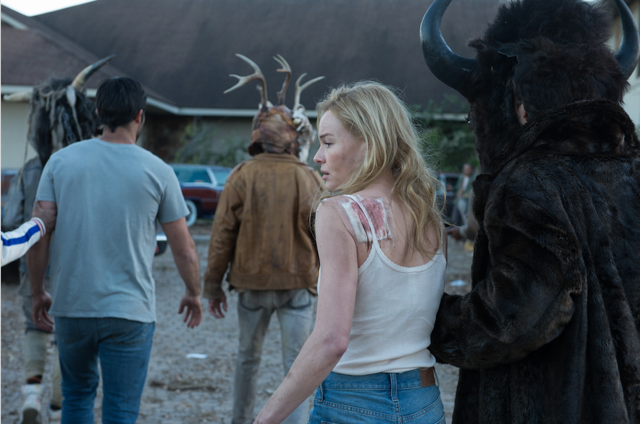 Available on Video on Demand on June 29