Actor Sameer Ali Khan, was born in a middle-class well-educated family in Kabul, Afghanistan, during the civil war. He was born and raised during a time where the bullets and RGB would flash & shine more than the stars in the sky. Every day was survival for him. Many of his childhood friends were killed in the war. While everyone was running from place to place to hide from the bullets, Khan was lost in his dream world. He didn’t like school, although History was his favorite subject. Every other week, he would get into street fights with the older boys. Having a black eye or broken bones was the norm.

His love for acting began when he saw his first film a Bollywood film called “DEEWANA” starring one of today’s India’s mega-star “Sharuh Khan.” He loved the music, action, and locations of the film. This was during the time when the Taliban started ruling Afghanistan. They had banned & prohibited TV, music or any other things related to show business. Anyone who would disobey these rules they would be punished. The Taliban had broken all the TV’s and destroyed all video stores. So, Khan began reading fiction & history books. Khan and his friends would read at night when everyone was asleep under a small lamp in his room. His father opposed him reading the fiction books. He wanted Khan only to read school books, so he would exchange their covers. 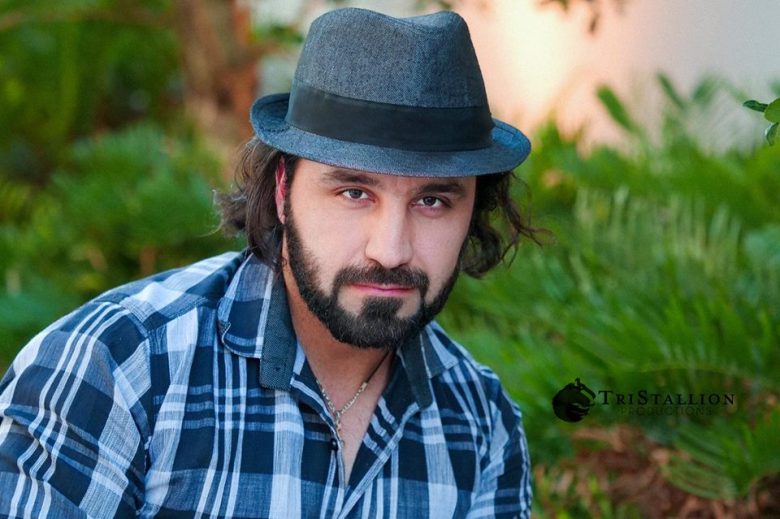 He recalls, watching movies and listening to music after the Taliban escaped from Afghanistan. To become an actor was always in the back of his head. He had a love for cinema and Martial Arts in particular “Bruce Lee” movies. He was intrigued by his fighting skills, fearless attitude, speed, and his overall personality.

In 2004, he put all his savings into producing an Afghani low-budget film “Farz.” He was the lead Actor. The film was appreciated, but unfortunately it didn’t make money, because of the lack of theatres in Afghanistan. Then in 2011, he got a role in a short film “God is Dead” that was a Cannes nominated and directed by “Armaan Chopra.

In 2013, he got his first break in the film “Krish 3” directed by “Rakesh Roshan.” He played a mutant called “Antman” opposite India’s superstar “Hrithik Roshan & Priyanka Chopra.” The “Antman” has extraordinary power that can crush anything. “Krissh 3” was  Bollywood’s mega-budget film at that time, with stars including, “Hrithik Roshan, Priyanka Chopra” and one of the best Action Directors out there “TONY CHING.” For Khan, the most important part of such a film was living the dream.

“Rock The Kasbah” was a dream come true film for Khan. It was directed by “Barry Levinson” and had an all-star amazing cast. “When I had found out that “Bruce Willis” was in it, I was extremely excited and did lots of homework and gave my best.” “I’m thankful to my Agent and Manager “Purvi Lavingia” for her efforts to book me the role. I played the main villain a fearless “ Afghan Warlord.” I was really enjoying doing that, had lots of fun while shooting, “Kate Hudson” and I had an amazing chat about “Bollywood” and how beautiful “Aishwarya Rai” is. I found “Kate” very cute and a super humble person.”

Khan admits the road to stardom has its challenges. Being an Afghan actor, he had to learn and understand different languages, work on the accent, body language, expressions and have an overall understanding of cinema. One of the most difficult parts of being an Afghan actor is dealing with lots of paperwork, documents, travel papers and extra formalities. At times, it has caused him to miss opportunities.

“Hollywood is big and powerful, it can have a huge impact to change the wrong perception of people towards judging the majority base on minorities actions.  I have lost so many big opportunities and films only base on my Afghan citizenship. That is the worst thing that can happen to an Actor to miss opportunities that could be a turning point to your career…but I will try my best to give the good image of Afghans through my art and hard work as much as I can.”

Sameer Khan has big plans over the next 6-months. He is getting ready for auditions and offers for big roles from both Bollywood and Hollywood.