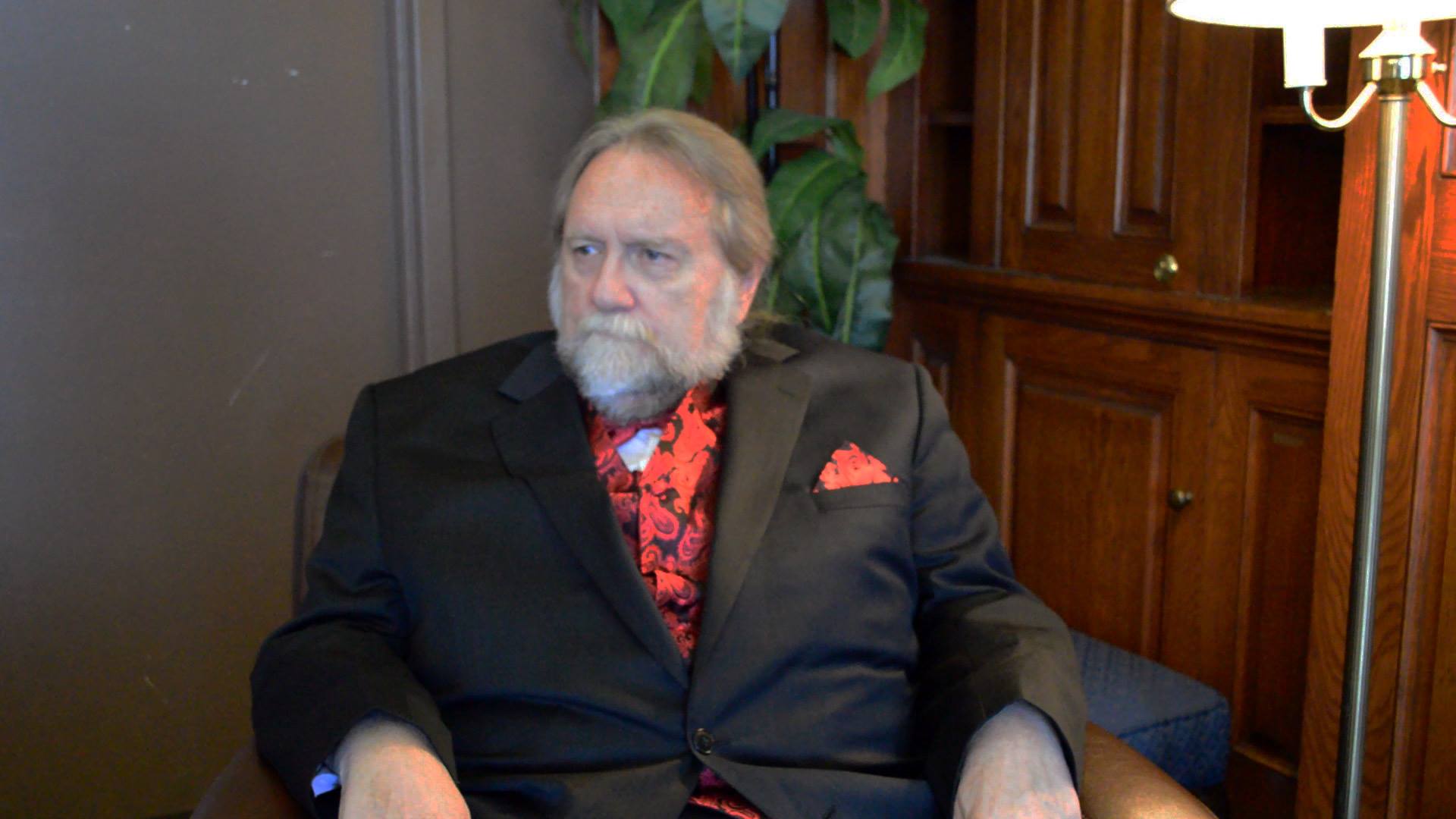 Actor Wayne Shearer was raised in a rural area of Lancaster County, PA, otherwise known as the “Amish” area. He was a good student, getting mostly A’s and especially excelled in math and science. When he was in 3rd grade, right after he returned from the holiday break, he contracted Rheumatic Fever and spent the next 8 months in the hospital. He spent his 9th birthday in the hospital and parents was told by doctors that they didn’t think he would make it home. Come September, he had recovered enough to leave the hospital.

Shearer enjoys dramatic roles. Because of his age and looks, he frequently plays roles such as a homeless man, the old man in the park, grandfather, teacher, or sometimes the bad guy.

“I have found that several Directors have seen something different in me and they like to use it and I’ve found I like to play it. It is the character who provides some sort of “comic relief” in an otherwise serious, dramatic story.  Not a slapstick, belly laugh kind of guy, but one who people enjoy…one who maybe brings a smile to the viewer’s face in the middle of a tragic or scary time.” “In one film (I won’t mention the name, because I don’t want to give away any of the plot), I play that very type of character. Later in the story, I suddenly die. I have had audience members, that I never met before, come up to me after a screening and tell me they cried when I died. That they liked my character and when I suddenly died, they felt it emotionally…..They went down the rabbit hole with me.”

He started out by being an Extra in the film “Mount Joy” that was being shot in PA. After 2 years of playing a background Extra, he had acting friends tell him that he should audition for speaking roles.”I had no idea how to even find an audition. With their help, I found a casting call on Facebook for a local Indie short film called, “I Promise.” They needed someone to play a grandfather with Alzheimer’s. I figured I couldn’t go wrong…if I forgot my lines I would just tell them I was in character.”

“Well, that film went on to win the “Audience Favorite” award in a Film Festival in St. Lucia. So, in my mind, I had one acting credit and already I was an “International Film Star.”

Shearer has worked as background on national TV shows and films, such a VEEP, House of Cards, Creed and Creed 2” and has worked bigger and better roles in various Indie films.

His recent film, “Skin and Blood”, by Prinze Whyee of Liberia who has won multiple awards at the NAFCA ceremonies. He will have scenes opposite the lead, Robert Catrini, a well-known Hollywood Actor.

What moves you about acting? “I think the part of acting that I really like is the emotional connection you get with the audience. I only do film and TV, not stage, so I’m not really physically in front of an audience. I have found that sometimes if the stars are in alignment, the moon is in the right phase, and I hit my lines, my marks, and my character just right, I still can make an emotional connection with that audience who watches my performance all those months later.”

It is a Police and motorcycle gang drama that takes place in Philadelphia. A local motorcycle gang, the “Iron Wraiths”, decides to move into selling drugs and the gang unit needs help to handle this change in the character of the motorcycle gang. Detective Flegler who spent most of his career as an Undercover Detective in the Vice squad is about a year away from retirement.  Since he’s familiar with the members of the drug cartel and the other dealers in the business, he moved over to the gang unit to help.

“From a production standpoint, I like that most of the “Iron Wraiths” were actual motorcycle club bikers who joined our production. The production team included several retired Police Officers and Captains from both the Philadelphia and New York PD’s.  We have some real talent and knowledge of what it is like out there in the streets.”

“Grandma Werewolf” is an award-winning Indie film (2018 International New York Film Festival: Best Feature (under $35000) ) that takes an old film concept and makes it new.  GMWW is a family film. It’s a comedy. While it has a storyline like a film from the 50’s or 60’s, it brings it up to date. Imagine a family, father, mother, daughter, and son, but the parents are separated. The mother has a high powered job and has to work on Thanksgiving. The kids have to go to Dad’s.  But they don’t want to. Dad decides the 3 of them should go to Grandma’s for Thanksgiving. But when they get there, Grandma has an amazing announcement for them…she’s a Werewolf…and the moon is full.

Shearer plays the character, “The Master.” He is the Master of the mysterious and mystic “KalRa.” He has magical powers…but he’s also a scammer. Think Karate Kid where the Sensei is a bit twisted.” Grandma Werewolf is currently on Amazon Prime.

His recent film, “Pharaoh’s Bread” is based on the story of a man (Shearer’s character) who was raised by a selfish and angry father. He inherited his father’s business, and although he hated what his father was, he became just like him. It is now his 65th birthday. It is New Year’s Eve.  He’s holding himself a combination birthday, retirement, and NYE party for his family and friends…but will any of them come?

Pharoah’s Bread is a faith-based drama that does its “preaching” by showing how people act, and then making it clear how they should act. There’s no Preacher. Just examples of good and bad and Shearer’s character is the bad example.