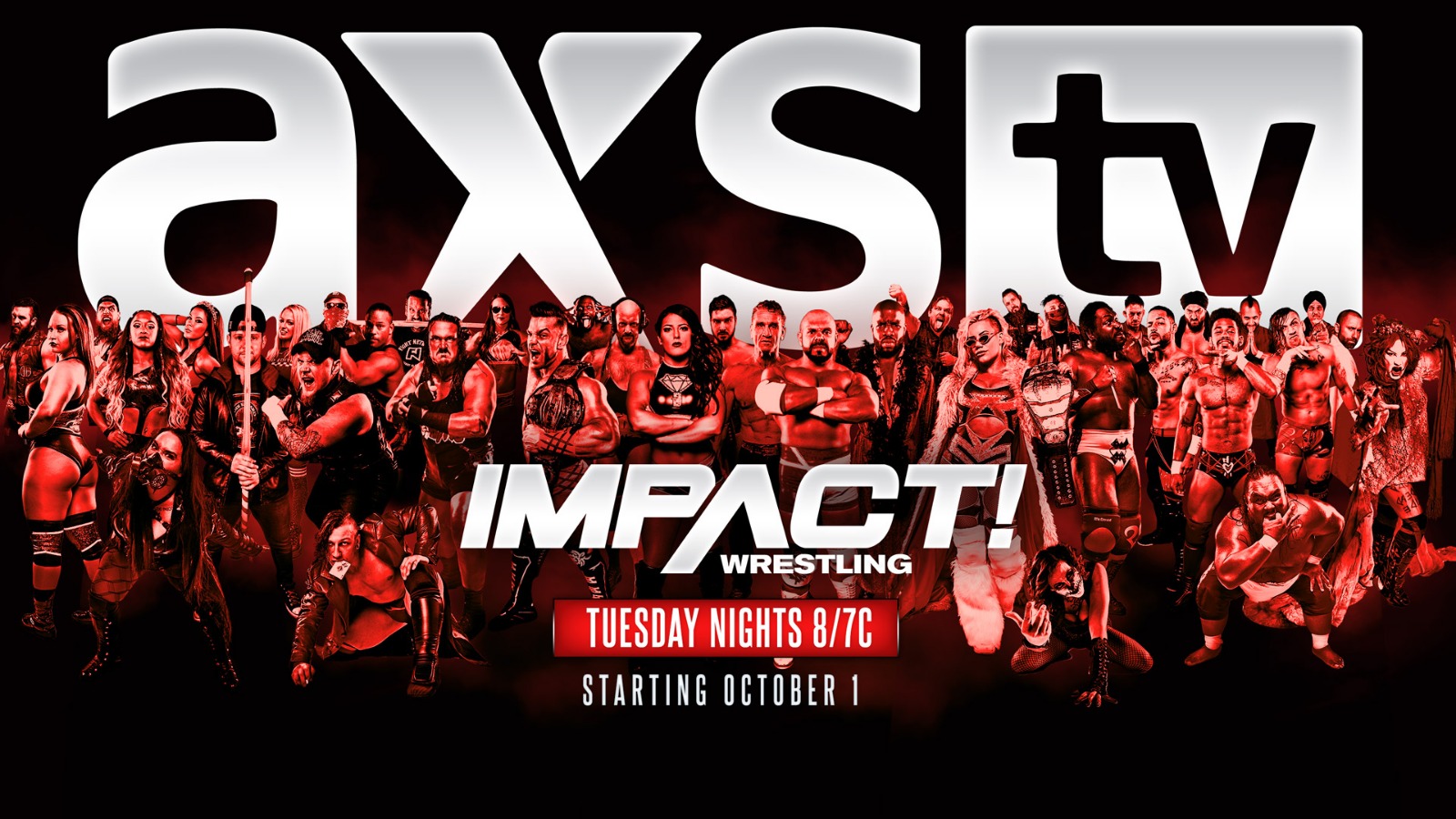 This morning, AXS TV announced that IMPACT Wrestling will officially be part of their Tuesday schedule, beginning October 29th airing at 8pE/5pP. However, prior to their weekly launch on the network, AXS will also be broadcasting debut specials starting October 1st.

The debut specials will include previous pay-per-views such as Homecoming (October 1), Rebellion (October 8) and Slammiversary XVII (October 15) in their entirety and hosted by Executive Vice President Scott D’Amore and the voice of IMPACT Wrestling Josh Mathews.

Then on October 22, THIS IS IMPACT! will feature a preview of the weekly series, talent profiles and exclusive non-televised matches from BOUND FOR GLORY, which is being held on Sunday, October 20th in Chicago .

“The incredible athleticism of our roster, dynamic characters and accomplished story-telling deliver must-see weekly programming that has captured the attention of professional wrestling fans around the world,”

To find out more on IMPACT wrestling, check out their official website, by clicking here.