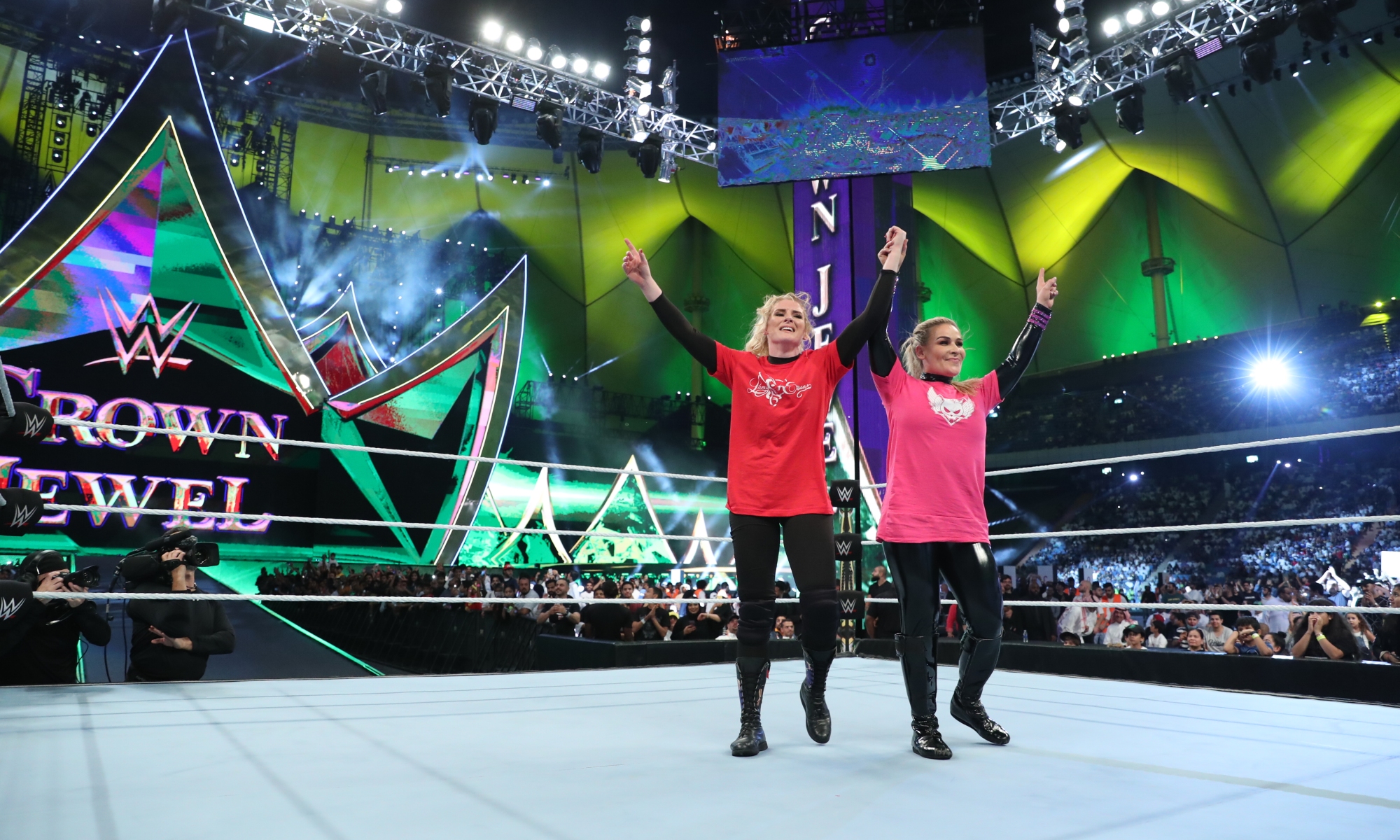 When WWE first announced that they were heading to Saudi Arabia, one of the major consequences of that, was that no women were allowed to perform on the show, given their very different lifestyle. For some time it was rumored that there would be a women’s match on the card, but many fans never thought it would actually happen.

The WWE has been pushing their women’s division a lot more, making monumental matches such as: the first Women’s main event at Wrestlemania, the first all-women’s pay-per-view, Evolution- and so much more.

And just days before WWE Crown Jewel in Saudi Arabia, it was announced that the first women’s wrestling match would be taking place. Both Natalya and Lacey Evans- who have had several matches in the past few months against one another were named the two women to make this happen.

Natalya may have won the match itself- but both women had lots to celebrate. Both women cried, hugged and took photos with fans.

Based on the crowd reaction, it seemed like a breath of fresh air to see women perform inside the ring.

You can rewatch WWE Crown Jewel on the WWE Network.