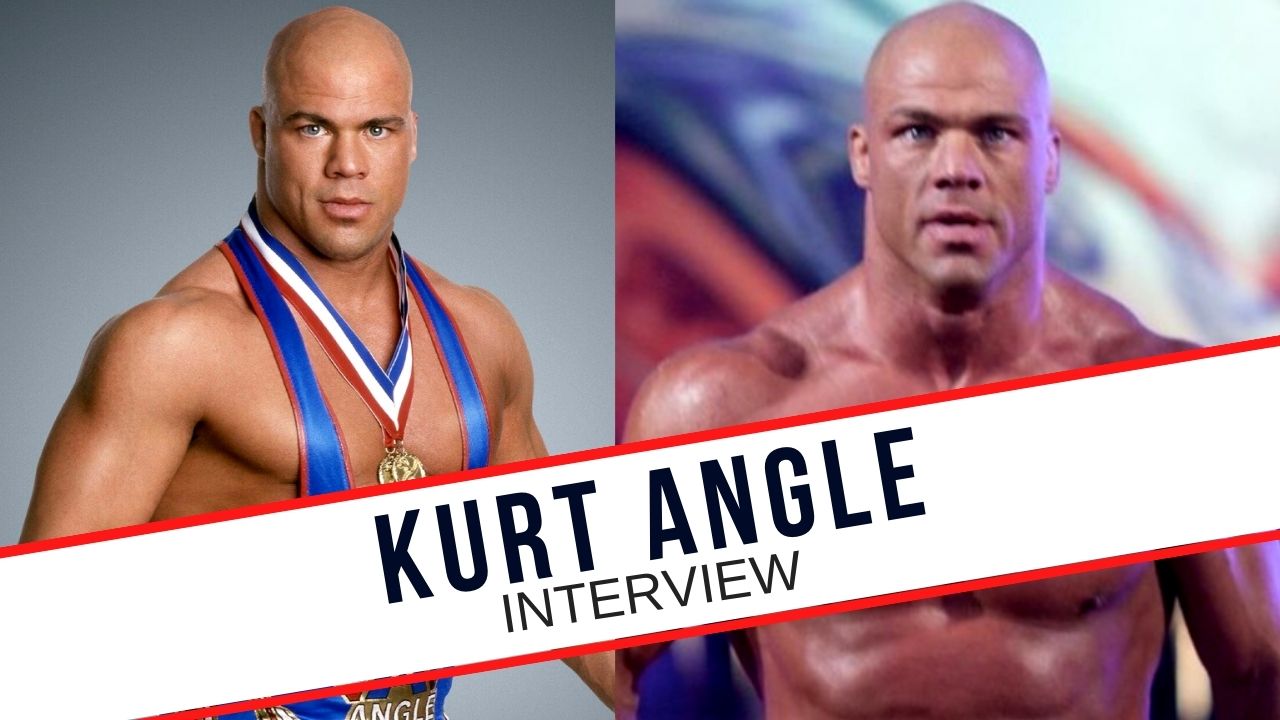 Kurt Angle chatted with Instinct Culture‘s own Denise Salcedo, in this 30-minute interview they touched on several different topics; starting with his comedic style in WWE to his lengthy duration in IMPACT Wrestling, circling back to his WWE return, retirement and his thoughts on the current product.

Plus, Kurt Angle talks about the new chapter in his life, running a business called Physically Fit, read all about it here.

Below are some key highlights and quotes from the interview.

Kurt Angle Talks About Not Being On The Same Page As Vince McMahon In Regards To His WWE Return, Says He Wanted A Title Run Before Retiring

It didn’t go the way I wanted it to. Vince McMahon had an idea for me, I think he was looking at me as a liability, someone that was addicted to painkillers, someone that broke his neck 5 times. So, I think Vince didn’t have the same idea I did. I wanted to get a title run when I came back. I actually took a year off after I left TNA and I wrestled around the world. I did events in the U.K, Europe, Asia, Mexico, Arizona; I did a pay-per-view down there with Rey Mysterio. I wanted to have another title run and retire. And Vince McMahon wanted me inducted into the Hall of Fame and I told him, ‘Well, I am not done wrestling’ and he said, ‘That’s okay’ And I said, ‘Well, you know eventually I would like to wrestle,’ and he said ‘We’ll get there.’ So, after the Hall of Fame, that night, after I had my speech, Vince McMahon came up to me and said, ‘You’re going to be the GM of Raw starting tomorrow.’ And I was like ‘Well, I still wanna wrestle,’ he said, ‘We’ll get you there.’ So, I think he did everything he could to kind of push that off. And when it was time for me to wrestle, I was doing the GM job for a year and a half; I was inactive, not bumping, not wrestling. My body started getting arthritic, my neck tightened up, my back, my knees. Before I knew it, I got in the ring and I looked like an old man wrestling. And I  knew that. Even though the company wanted me to continue to wrestle, I didn’t feel right about it for a couple reasons. One, I wanted to come back and have the title run, that wasn’t going to happen…

Kurt Angle On The Conversation He Had w/ Vince McMahon About His Retirement Match, Says He Wanted John Cena

Basically I wanted to come back and have a good way to retire. Vince McMahon told me that I had a program with Baron Corbin, and I told him that I wanted to retire at Wrestlemania, and he said ‘Well, you’re going to wrestle Baron Corbin because you had a program with him for the last seven months.’ I said, ‘Vince, I want to retire, Baron is a great talent but he’s an upcoming talent, how about John Cena?’ He said, ‘If you want John Cena, next year you got him, but this year you get Baron’ I said, ‘Vince, I am not going next year. I am done. This is it.’ He said, ‘Well, you’re stuck with this.’ So I respect it, I understood why because they had spent a lot of time building up Baron Corbin and we had to have a match… if I wanted to continue for another year I could have got Cena, but I didn’t want to go a whole other year. I knew I was done.

There’s nothing I can do, I believe WWE played it safe with me, and I don’t blame them. I think I would have done the same. But when I came to WWE I was ready to wrestle, I was in great shape, my technique was great, my body was great. But that year and a half/two years sitting out; it’s just when you turn 50 years old, your body is not the same as it was 20 years prior. So, I had to deal with that and I knew my career was coming to an end quickly, so I did what I had to do.

I think that crowds are going to make a huge difference.{in regards to ratings} It just sucks that right now all these companies are waiting for that {live audiences} to return. It’s been very frustrating and I know first hand because I worked as a producer in WWE and being in the meetings it just really sucks to not have the fans there. There’s a lot of things we have to do that are different now so it’s going to take a while. I know we have to wait for this {vaccine} to come through, but it’s gonna take some time. I really think the business will boom afterward. I know the ratings have gone down to an extent but that’s because there’s no fans…

I love Drew McIntyre, Aleister Black, Andrade. Some of the talents coming up through NXT; Matt Riddle, he is going to do an excellent job. There are a lot of young talents right now. Angel Garza. There are alot of them who are gonna step up and really produce. So I think that the company is in really good hands, there are so many great talents in NXT right now and I don’t wanna name all of them but they’re all gonna come through up to Raw and Smackdown. And the company is well prepared for the next ten years. They have the best talent in the world and they’re gonna continue to train that talent to be the best talent in the world.

Kurt Angle On Working w/ Ronda Rousey, Says She Had The Best First Year In WWE Even Compared To Himself and Brock Lesnar

She did an excellent job. The one thing Ronda didn’t do that she could/will do if she comes back, is that she never mastered the business. Because she wasn’t in that long enough and what she did that whole year is incomparable. She dominated and she put on great performances… but we had to tell her, this is what you’re going to do here, this is what you’re going to do there. We had to give her step by step instructions and go over it with her for multiple days, so she would be ready for the match, so she knew everything that was gonna go on. In the business once you get experience, which Ronda was getting it in the end before she left; you learn how to improvise and work on the fly. You come up with 50% of the match and then the other 50% you make it up as you go along…Ronda didn’t get the opportunity to learn that but what she did in her first year, I would even say she had a better first year than Brock Lesnar or myself. I think she did incredibly well. But I think that WWE did an incredible job getting her ready for it… Ronda Rousey isn’t just a plus for the women, she was a plus for the whole company. Whatever amount she got paid, I am sure it was a lot, she deserved it. Ronda is a household name, everybody knows who she is, everybody loves her and she made a big impact in the business and she deserves to have that notoriety. She’s one of the biggest names we’ve ever had, you can’t deny that. She was easy to work with, I love the girl, I consider her my sister.

WATCH/LISTEN TO THE FULL CONVERSATION