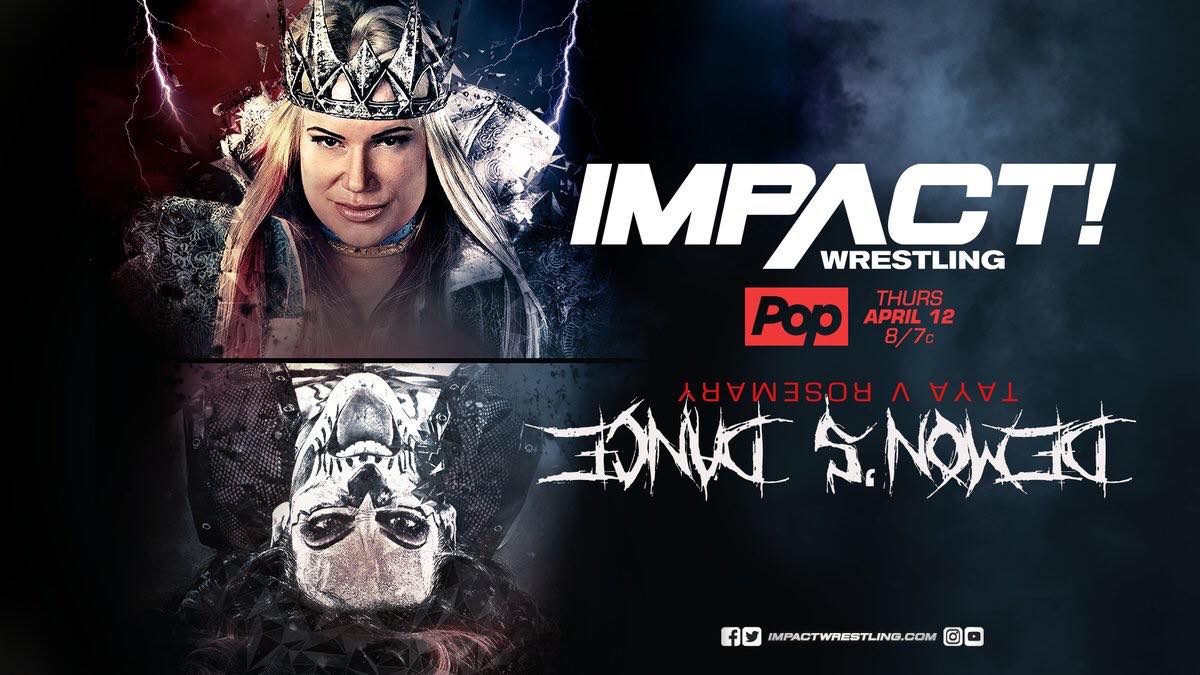 The show starts off with a quick recap of the events from this past Friday’s Impact vs Lucha Underground show during Wrestlemania weekend. Alberto El Patron no showed the show after being present at all the activities leading up to the event. This led to Impact firing him the following day. Impact also named a new main event for the Redemption. It is now Pentagon vs Fenix vs Austin Aries for the Impact World Championship. Talk about an upgrade!

Eli Drake out for a promo

Eli Drake is now the holder of both the World Title and Tag-Team Title Feast or Fired cases. He and a mystery partner will cash in the tag-title briefcase at Redemption against LAX.

Eli talks about seizing opportunities and that he now holds two opportunities at gold. The crowd starts chanting ‘What’, he responds by saying ‘Huh’ this goes on for a while. LAX interrupts demanding to know who Eli chose as his partner. Eli reveals Scott Steiner. Scott Steiner then begins to mumble through a promo that Konnan could not understand. Konnan then tries to cause friction between Eli & Steiner, he questions whether or not Steiner still has it or is just looking for a paycheck. Considering how slow Steiner looked this past Friday it’s safe to assume that this back and forth promo will be better than the actual match at Redemption.

OVE and Sami Callihan cost Moose the World title Briefcase last week. So Moose came out like a house of fire. Moose dominated the early part of the match until Sami kicked him low to gain the advantage. From there they went back and forth until Moose charged at Sami and Sami hit him with a bat for the DQ. Good match up until the finish.

Post match Sami now joined by OVE continue the beat down until Eddie Edwards comes in for the save but he’s overwhelmed by the 3 on 1. Alisha Edwards comes to save her husband. Sami threatens her with a bat. Lights go out and Tommy Dreamer appears with a Kendo stick and beats down OVE & Sami Callihan. Tommy Dreamer challenges OVE & Sami Callihan to a House of Hardcore match with Moose & Eddie Edwards as his partners at Redemption.

Josh cuts a pre-match promo on Petey. Josh blames Petey for Matt Sydal not being World Champion and for Josh no longer being Grand Champion. Josh is also upset that the ‘net nerds’ compared him to former WCW World champion David Arquette.

Josh stalled a lot. Not much of match, it was more of an angle to build the Sydal vs Petey feud. I didn’t think I would enjoy the Josh Matthews and Matt Sydal pairing but it’s been great thus far. Match ended with Matt Sydal attacking Petey for the DQ. Sydal and Matthews left Petey laying to end the segment.

They played a Brian Cage video package highlighting his run at Impact Wrestling including his two victories over the now departed Bobby Lashley .

McKenzie interviews Johnny Impact regarding his problems with Jimmy Jacobs and Kongo Kong. Jimmy interrupts Johnny. Johnny is tired of it and challenges Kong to show up next week for a match.

Fat guys are tired of being bullied and fat shamed by KM. The Impact Zone loves Falla Bahh he’s become a cult favorite. Sloppy match, the Cult of Lee deserves better than this. Richard Justice makes Impact look so low rent, they already have Falla Bahh as the likable fat guy there’s no need for two of them. Falla Bahh pinned KM via Bonzai Drop. I hope I never see this three-man team again(the fat guys).

Fancy name for a no DQ match. Lots of brawling, weapon shots, and a crazy table spot. Rosemary defeated Taya via a top rope piledriver through a table. Fun and brutal match.

The Show ends with a longer video of all the action from the Impact vs Lucha Underground Show.

Next week they will air the Pentagon Jr vs Fenix vs Austin Aries match from the Impact vs Lucha Underground Show.