Famous In Love in my opinion is seriously underrated, I think this show deserves way more love and attention than it’s getting. Season one was all about Paige and her new famous life, and of course her love triangle between Rainer and Jake. Then, season two blew up! We got way more storylines that touched on way more subjects i.e broken friendships, relationship drama, stalkers, cheating, etc. You name it, it happened.

Season two ended and it left so many unanswered questions, here’s what we need to know for Season 3:

At the end of season two, we saw Pablo’s jealousy rage against Tangey. She finds herself locked in a hotel room crying for help as Pablo breaks down the door. Jordan who receives a call from Tangey in distress runs up to help her. In the end, all we hear are screams, and policeman arriving. We don’t know what happened if someone killed another person or if they just got seriously injured?

2. Will Paige and Rainer realize that they belong together?

Because we all know if that’s not what they are leading too we’re gonna be pissed.

In the season two finale, Paige says she’s planning on quitting acting going back to college to study theatre. Um, really though Paige? Why stall your career? I hope she doesn’t quit acting!

4. Who will Rainer cast as the lead of Redemption Ridge? 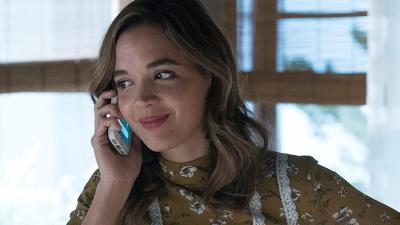 Rainer is now producing his very own film, who will he select as the leading lady? Will it be Paige, Alexis Glenn, Tangey Turner, Cassandra, Harper, or Slone?

5. Will Paige and Rainer end their run as co-actors on Locked?

We’re not even going to see the movie yet I don’t want them to end it after only one film! Ha! So will Nina convince them to both stay on for a sequel?

There you have it! So many more questions that we need answers too! What are you dying to find out most?