Instinct Culture: How did you both meet musically?

BlckBx: In typical millennial fashion, we met on Tinder and started direct messaging each other about different styles of music. Then after a few messages we turned it into a phone call and then an actual in person musical session. We then wrote our first song not with the intention of becoming a band but after the response of our first song our non-chalet sessions of making music together turned into a musical friendship and thus BlckBx was formed.

Instinct Culture: Who do you think lends the most to your current success?

BlckBx: We both bring a lot to the table, without each one of our quirks and musical backgrounds our music fusion would not exist. We love what we do and we know who we are. We’re two relentless, passionate, and audacious songwriters. We’re selfish in that way. We make music that we would want to hear on a long car ride to the next city, a last minute barbecue on the beach, or even that moment alone in your room when you’re little fed up with all those people around you that like to tell you that can’t do something just because they’re too afraid to do it themselves.

But at the end of the day, the bit of success we’ve had so far comes from friendship. The most valuable thing we’ve both come to realize, throughout our individual journeys, is that you can’t build an empire if you’re building it alone. The best bands can make incredible music that inspires change, culture, or emotion but all that success is fleeting if they don’t actually like being stuck in the same room together. We love the music that is made when we come together to create, we love the content and strategy that we can come up with both as a band and with our team which is really a team of friends who have come together to create something bigger than ourselves. Ultimately people see that and they want to be a part of it, through the music, through the industry, through life.

Instinct Culture: I saw you guys perform at the Peppermint Club. I really liked the way your energies marry on stage during the set. Do you have long practices?

BlckBx: We take pride in our live set. We envision every performance and song from start to finish and love throwing in last minute audible like songs we wrote the day of or even impromptu 3 minute long drum jams (Like at the Peppermint!). We’re musicians at heart and so we practice every day, but honestly, we’d kind of rather eat McDonalds or go to a dog park than have a traditional band rehearsal. We practice a few times before each show, but other than that, we’re usually writing a new song or shooting a music video. 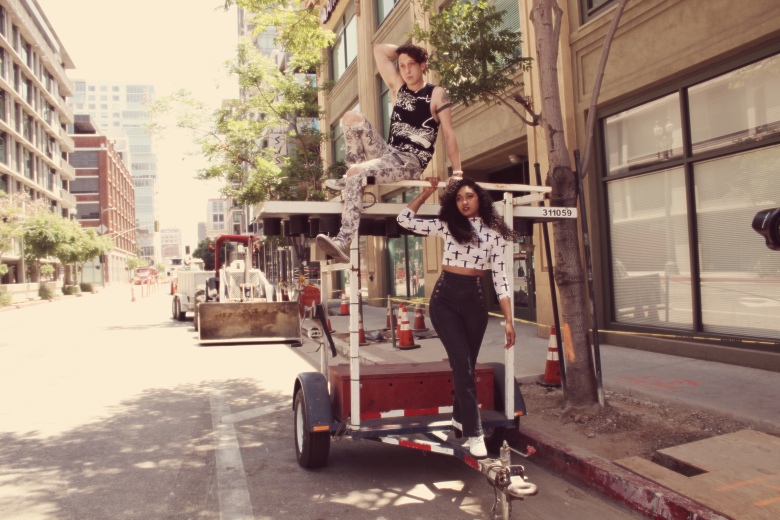 Instinct Culture: How old are you all? You look very young to be in a club.

BlckBx: We’re the oldest we’ve ever been. Please don’t card us. 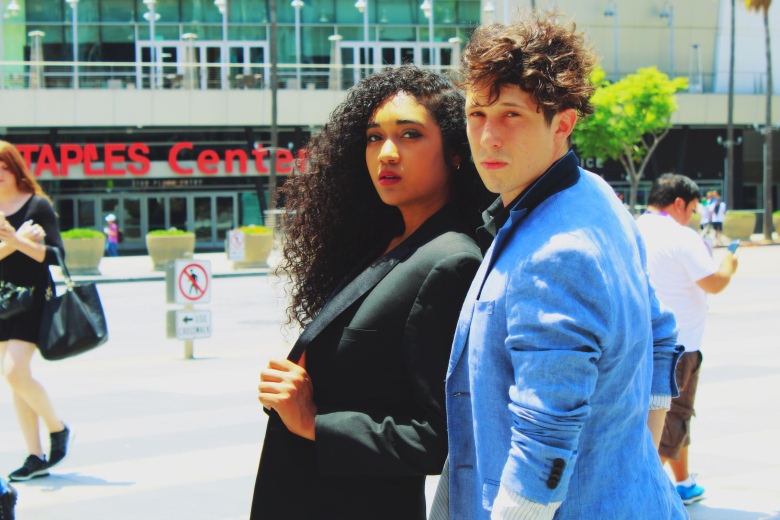 Instinct Culture: I’m from New York City originally. What venue is on your bucket list as far as packing out? Let’s get you guys on tour!

BlckBx: We love any venue and city with a great vibe. We have some festivals on our list though… top two would have to be Carnival in Rio de Janeiro Brazil, Coachella.

Instinct Culture: What groups do you look up too and emulate in your sound and look? You definitely have a new age No Doubt vibe going!

BlckBx: Thank you! For us it would be… MC Kevinho

Instinct Culture: Tell us some personal stories about a time you thought you wouldn’t make it.

BlckBx: We think that every day. We have to “make it” every day. We make music, we make videos, we make events happen, it’s a daily art that we’ve had to constantly relearn how to master. We released our first single, “HOME”, back in December and have been fortunate enough to go on tour and play to amazing crowds and fans but we’ve also had to navigate explaining our worldly sound to press in the States who aren’t always the most welcoming. Back in February, we got tired of hearing the same “this is good but we’re not sure what genre this would fit into for coverage” and had a moment where we started to question whether this path we decided to take was the right one. Ultimately, we did the only thing we could, we wrote a song about it! We’re about to drop our newest song/video “DRMNG” (pronounced Dreaming)- our stories are in there. If you relate to it, DM us your story on our instagram @Blckbxband. We want to hear it. 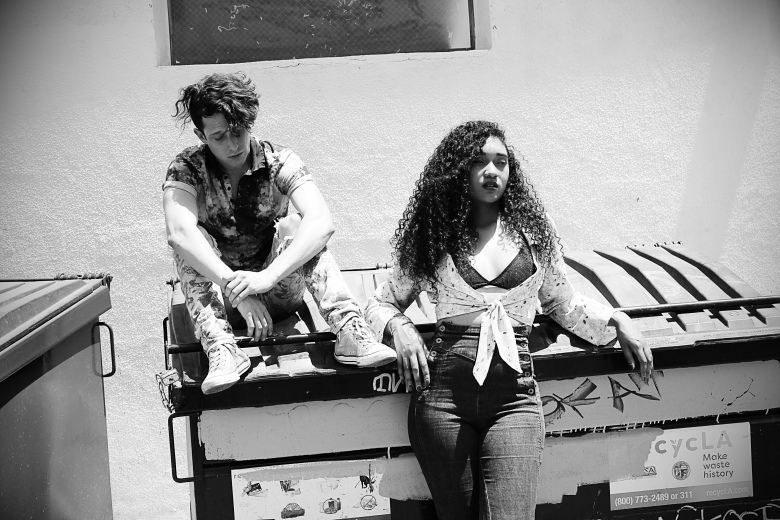 Instinct Culture: Hollywood is the entertainment capital so is there more pressure to “be good” when you’re out here vs. say a smaller town?

BlckBx: There’s a stereotype that all musicians are good in LA and that’s really not the case. What’s more so the case is that all musicians are in LA, with that quantity, there has to be some quality but both of us started off making music in smaller towns and the musicians we met there were the ones that inspired us to be what we are now. We’d say that there’s more pressure to be famous, network, and have clout and lesspressure to make music you love and have fun. One thing that they never tell you is that while Los Angeles is the Entertainment capital of the world, it’s also impossible to build a fan base. What you can build is a base of entertainers and others who partake in the entertainment industry. It gets a bit arduous being a musician wanting to play to music fans and instead ending up playing to musicians or music businessmen. We’re so lucky to live in the city that we do and we’re so lucky for all the opportunities that stem from that. But sometimes all it takes, is driving one hour outside of the city to play for a crowd of people, who instead of having their arms crossed judging the talent that’s bearing their souls for them, are actually having fun, dancing, and living life.

Instinct Culture: When you go into the studio, what’s the vibe mainly?

BlckBx: We make music no matter what. We ‘re still up from our 7pm to 5am session yesterday (the fourth of July) we’re going in again tonight after our show. Because we’ve been lucky enough for some of our songs to take off, our schedules have become a bit of an arduous territory As a result; we go into the studio with guns blazing. Lists of ideas, songs ready to go, choruses to choose from, or even just a hunch we’ve had… can translate into a complete song for us. At the end of the day, when the ideas are flowing, we ride the wave. When they aren’t, we make our own waves. The vibe is what we make it.

Instinct Culture: I remember you saying that your main fan base was too young to attend the performance because of their age. Is that something that hinders or excels your career you think?

BlckBx: Definitely excels our careers! We have a pretty wide fan base, some are young but some are also old enough to rock out in the club with us. Regardless, our fans are growing and learning with us so they’re in it for the long run and that means we are too.

Instinct Culture: Due to the younger listeners do you include any socially conscious messaging in your music?

BlckBx: Thats an interesting question, most likely not consciously for that purpose. A lot of our music and videos as of late have sort of spiraled into that realm, as we’ve gotten deeper into our craft. That’s one of our favorite parts of making music to be honest, we can have songs and videos like “Slomo”, almost solely centered around fun; and simultaneously have “DRMNG” – a song almost entirely written as a letter to our younger selves. Either one is legitimate and engaging for us. We’re not above or below a silly dance song. We just hope that people like what we like; that’s really all we can ask for.

Instinct Culture: What are your fans going to get out of you guys for the rest of 2018?

BlckBx: Two to three more videos and 5 more singles. We drop a song every month! Beyond that, we hope to have some extremely exciting news for you all come winter 🙂

Instinct Culture: Any big names you would want to share a performance stage with? 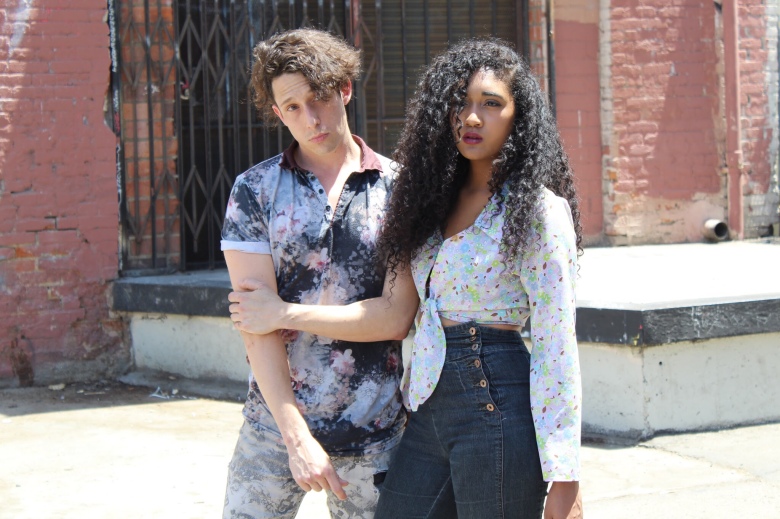 Find their music on Spotify here