Acting landed on Brian Bowman’s lap. He went to an audition with his niece for a stage play. He auditioned just for fun and ended up getting a small part. The lead in the production dropped out 2 days before showtime and they asked Bowman to replace him. With a bundle of nerves, he made it through and his love for acting began. His first credited role was in the film Madtown in 2014. He played the owner and MC of a comedy club. 2 months later he was cast in the film, “Miles Ahead” Written and Directed by Don Cheadle.

Brian “Wolfman” Bowman grew up in Detroit, Michigan. As a child, he was always fixated on werewolves. “The Howling” was his favorite movie. He remembers when he was younger and would turn into a werewolf to scare his little brother. He has taken his fascination with werewolves to his novels. At the age of 18, he moved to Columbus, Ohio where he currently resides. He has 4 daughters, 2 sons, and 10 grandchildren. He admits to having a turbulent life filled with trouble beginning at a young age and later 2 failed marriages, but it was acting that help him to escape the daily pressures.

He is an Author with a panache of urban culture and horror he has published 3 novels. His first novel was “My Brother’s Keeper” which was released in 2008. It tells the story of 3 drug dealing brothers. One brother gets bitten by a vampire and the other a werewolf. They continue to co-exist with each other, continue their drug operation, and protect the 3rd brother who is confined to a wheelchair. Meanwhile, they are trying to figure out their new-found powers. His second book, “I Love You” tells a story of a wife’s love for her husband while he is getting caught up in his quest for revenge. Bowman is currently writing a screenplay about, “I Love You.” The 3rd novel is, “Wet” which is dedicated to all the individuals in his life who have passed away. It tells the story of a drug-dealing demon from hell whose drug is turning the city of Cleveland into flesh eating zombies. A few people set out to stop him, but they have demons of their own that are getting in the way.

Bowman has written, Co-Produced and acted in the feature film, “The Game Done Changed.” The story is about 3 brothers who are trying to make it out of the streets through one brother’s rap career. They face all trials and tribulations while making the transition from illegal to legal.

With his driven, determined and focused personality, Bowman is a Mentor for Actors, Musicians, and Entertainers. He inspires others by going through the process with them.”I lead by example and show them that no role or job is too small.” “ I always try to live by the motto “Keep your head up, stay strong and stay focused; I always encourage others to do the same. 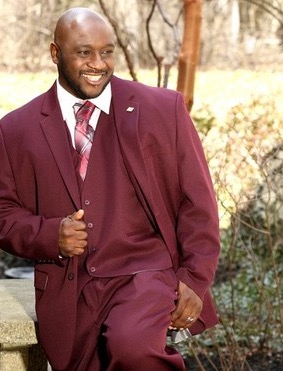 His first break was in the film, “Madtown” in 2014. He played the owner and MC of a comedy club. 2 months later he was cast in the film, “ Miles Ahead” Written and Directed by Don Cheadle where he  played a gangsta’s bodyguard named Walter. He also did his own stunts in the film. One of his most memorable films was his role in “White Boy Rick’ where he plays an 80’s drug dealer from Detroit.

He has recently signed-on with Firestone Talent in Los Angeles.