David Lockhart has had a whirlwind of a year with all of his films and awards; he is a force to be reckoned with.
” I have great momentum right now,” says Lockhart. Lockhart is working on several films, Senior Entourage, Rock n Roll Zombie Apocalypse, and a teaser for Mumbai King amidst a storm of awards. 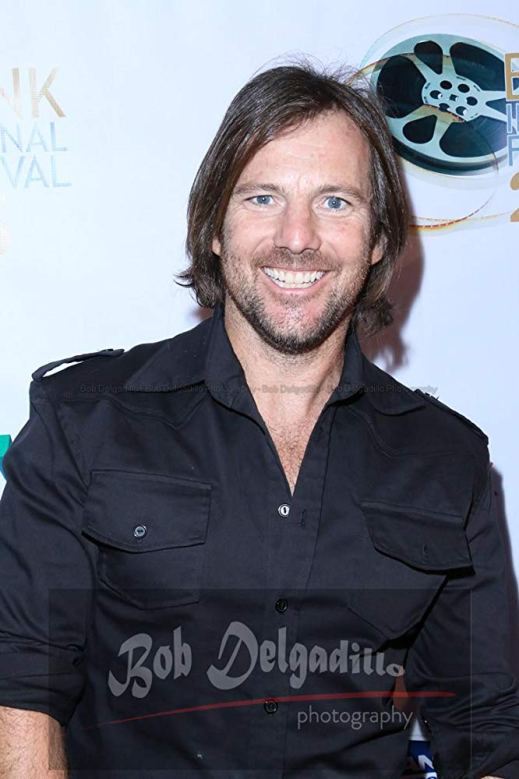 His new film, “Senior Entourage” pulls together all the Hollywood legends with the assistance of Director Brian Conners connections. This fun-loving cast makes being a Senior much more than just a walk in the park. “I can’t help but smile, tap my feet, and sing along to Helen Reedy’s classic songs when she performs them,” says, Lockhart. Mark Rydell is an Oscar-nominated Director and just full of knowledge and amazing stories. Ed Asner of course, is a riot and Marion Ross’ wisdom surpasses that of Buddha. When you are around them you can’t help, but feel the greatness that radiates from their being, and you realize why they are timeless living legends.

What characters most interest you? “Much like real life, it depends on what I’m in the mood for, ” says Lockhart. “Some days I like to play tortured souls searching for the meaning of life. Other days I want to be the class clown with a few lines. I tend to gravitate to physical roles, or maybe I just bring lots of physicality to the roles that are given to me.”

Most of Lockhart’s family were into the creative arts. His Mom was an Actor for children’s theater, and both of his brothers have made independent films. Lockhart loves to act, but also to be part of the creative collaboration of his projects.

Lockhart:Unleashing the Talisman is a fantastic feature-length, action, adventure, spiritual trilogy based on true events. It combines science, religion, and love. The story is so epic it cannot be told in just one film. It is about a man named Jon Lockhart who finds an ancient healing stone buried in his dead grandfather’s golf course. The artifact was given to him by his ancestor Robert the Bruce, who was the King of Scotland during the Crusades. On the crystal heart, there is a code that can give the world free, unlimited power. This artifact and the mission to share this stone with the world has been passed down through the generations of Lockharts up until now.

The Lockhart family has been tasked with the mission to protect the healing stone from the High Cabal, who want to prevent it from being shared with the world. The High Cabal has been using and manipulating power to enslave the world population for centuries and they do not want this information to get out.

The first installment is called Lockhart: Unleashing the Talisman. It is available to watch streaming on Amazon.

Lockhart is currently in Scotland shooting b-roll and doing research for Lockhart 2 : Through the Dark Odyssey. He has shot some of the film in Egypt, Jordan, and Israel.

His other film Rock n Roll Zombie Apocalypse was written based upon a nightmare he had, where a rock n roll band has to fight against a horde of flesh-eating zombies. Lockhart a self-proclaimed Rock Star works with a great all-star ensemble cast that includes Mindy Robinson, Eric Roberts, Mel Novak, Lauren Mayhew, Natasha Blasick, Richard Portnow, Ron Jeremy, Jeff Dowd, Sean McNabb and Johnny Marques.

In the Mumbai King, Lockhart plays an Elvis Tribute Artist who never quite made it. Just when he thinks it may be time for him to give up on his dreams, he meets and falls for a Bollywood star visiting Los Angeles, who convinces him he must become a Bollywood actor. Expect lots of music, costumes, and dancing. The Mumbai King will be shot in November.