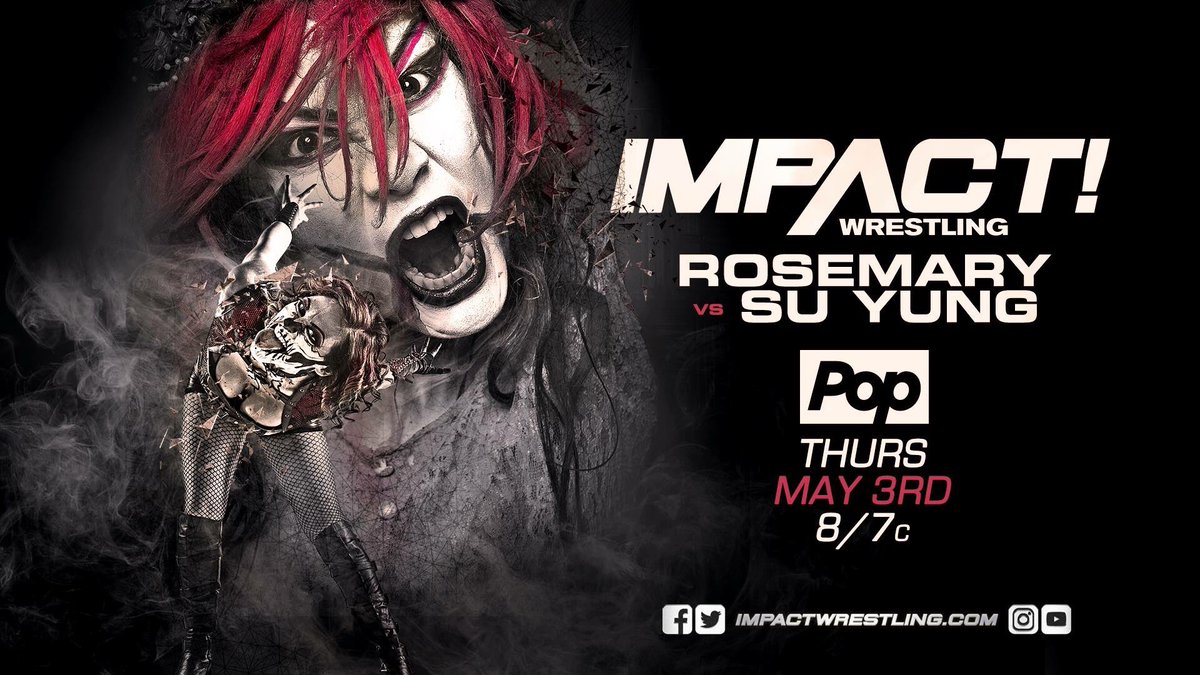 Impact starts off with a recap of all the happenings of last week’s episode so if you missed it this caught you right up to speed.

Eli Drake told Scott Steiner to take the night off, and it took him about another three minutes to announce that he’s cashing in his Feast or Fired World Title briefcase on Pentagon Jr. next week. Pentagon Jr came out and got in Eli’s face and did his Zero Miedo catchphrase to end the segment.

Kiera Hogan acknowledges that she lost at Redemption to Taya but said maybe her redemption comes later and that’s why she asked for a rematch against Taya. Tessa Blanchard interrupts and says that girls like Kiera always take a backseat to women like her. Tessa says that she’s the total package, a diamond , and better than a girl like Kiera. Kiera agrees and says Tessa is better than her at things like sitting and watching so to sit and watch Kiera beat Taya.

Joseph Park and Grado have a reunion backstage. Grado brags about having a new woman. Austin Aries bumps into them assures them that everything is Ok even if Pentagon Jr is champion. Aries then offers Grado a banana and leaves to end the segment.

Apparently KM apologized to Falla Bahh for fat shaming him so now they’re friends. We have our first match 20 minutes into the show and it wasn’t good. OVE jump KM before the bell and control him for the first part of the match. Hot tag to Falla Bahh he runs wild on OVE. KM starts to mimic Falla Bahh’s offense and it was actually pretty funny. Jake Crist does a couple of super kicks as does Dave Crist and Jake schoolboys Falla for the win. It was short and it still sucked. Post match KM shakes Falla Bahh’s hand and tells him it was OK that he lost the fall. KM looks into the camera like a heel pretending to be a babyface so the swerve should be coming.

“Mr. Impact Wrestling” Moose says that he’s always been a top player but has never won a world championship. Jimmy Jacobs interrupts and said the last guy that called himself Impact (referring to Johnny Impact) didn’t end up so well after his monster Kongo Kong got his hands on him. Moose picks up Jimmy from his neck and asks him what the hell he  wants? Jimmy replies that he wants The Moose to face his monster next week. Moose tells him to bring his big ass (Kongo Kong) next week.

2. Taya Valkyrie Vs Kiera Hogan ended in a no contest

Early on Taya was in control until Kiera ran wild and curb stomped Taya’s face into the ring steps. Tessa Blanchard’s music hit and her and Kiera brawl on the outside until Tessa gains the advantage by ramming Kiera into the ring post. Tesse then throws Kiera into the ring and hits her hammerlock DDT and stands tall to end the segment. Taya was not seen after she took the curbstomp on the steps. The match was short but the action was better than their Redemption match.

.@Tess_Blanchard floors Hogan with a hammerlock DDT. She has put the Knockouts Division on notice. #IMPACTonPop pic.twitter.com/uywdzfGDPn

This was a Brian Cage showcase. He was tossing the 3 other guys around and showing his agility. The match wasn’t your typical the exciting 4 way but it showcased everything that makes Brian Cage unique. Every time the other 3 guys got offense in on Cage the announcers played it off like Cage was letting them to again play into his Machine character. Cage won via Drill Claw on Slex who actually was impressive.

This was a Great high-flying match. It had so many flips and innovative offense from both teams. This match really showed off the skills of the Impact guys and let the people who weren’t familiar with the lucha guys what they’re all about. These are the kinds of matches that Impact needs to feature to attract new fans and bring back some past fans. DJZ hit a top rope DZT to win it for his team.

That match was absolutely incredible. These six tore the house down. Insane respect. #IMPACTonPop pic.twitter.com/nb64NJ1hCJ

Austin Aries wished Eli Drake good luck in his World Title match next week. Aries said that he hopes Eli wins because he knows he can beat him. Aries then says that’s not insult that’s just a fact of life which is Drake’s catchphrase. Drake walks off calling Aries human trash.

KM tells Falla Bahh that he’s gonna change Falla’s life. He’s gonna change the way he eats, the way he dresses and the girl he dates. Falla responds by screaming Bahh after everything.  A production guy was left laying by a mystery assailant to end this segment for the second week in a row.

Impact spoiled the result of this match as the announcers earlier announced that next week Ishimori would be involved in a four-way X-Division #1 contenders match the next week. This was Slower paced match but the crowd was into it and everything they did was solid. By the end this match turned out really good the ending came a little out of nowhere with Sydal pinning Ishimori. If they would’ve given these guys 5 more minutes this would’ve been an excellent match.

Tommy Dreamer is trying to talk some sense into Eddie Edwards that it’s not good to obsess over someone like Eddie is with Sami Callihan. Dreamer tells Eddie that he obsessed over beating someone and it took 3 years out of his life. Eddie is not having it and doesn’t want to hear it. Tommy tells Eddie that it’s 2018 and he got arrested for something that will ruin his career. Eddie walks off. It’s 2018 and Tommy Dreamer is still featured on national TV.

Allie tells Rosemary that she’s gonna be there for her. Rosemary declines and tells her not to come out no matter what. Rosemary tries to make Allie promise and she reluctantly  agrees. Allie is such a bad actress.

Back at LAX’ clubhouse LAX is out of money, booze, and girls. They’ve also lost Homicide and Konnan so they’re falling apart. If they lose next week against DJZ and Andrew Everett they’re nothing but scrubs according to them.

5. Su Yung vs Rosemary Ended in a no contest

The match starts out with both women fighting outside and Su Yung hit the Panic Switch on the outside to Rosemary. As soon as that happened The Undead Bridesmaids wheel out a casket. Allie lied and comes to the aid of Rosemary she then starts apologizing to Rosemary for coming out. More bad acting from Allie and then Su summons The Undead Bridesmaids to hold Allie and make her watch what Su does to Rosemary. Rosemary makes a comeback but Su blows mist in her eyes. Su Yung then hits a Panic Switch off the stage through a table on Rosemary. This angle would be so much better without Allie’s bad acting. The characters are a bit cartoonish but the crowd loves it and they make it work. The Undead Bridesmaids are also bad actresses. The show ends with Rosemary in a coffin.

This was a good episode of Impact. The Lucha six-man and the X-Division match were good and different and that’s what Impact Wrestling should be. The show closing  angle was really well done despite Allie and The Undead Bridesmaids trying to ruin it by their acting. It was also nice for the women to have the spotlight without the announcers shoving it down our throats that they’re so progressive.